Part D and Medicare Advantage plans must send you an annual notice specifying changes of the cost and benefits each September that could be made to their plans for the following year.

A formal request to reverse a decision made by Social Security or Medicare that you do not agree with.

A benefit period begins when you are admitted to a hospital and ends when you have stayed out of the hospital or a skilled nursing facility for 60 days.

A drug for which its manufacturer still has patent protection and exclusive rights to sell, often for a high price.

Low-cost Part D drug coverage that kicks in after you spend a certain amount out-of-pocket on drugs since the beginning of the year and continues until the end of the calendar year.

The amount you may be required to pay as your share of the cost of services after you pay any deductible usually a percentage.

Usually a fixed amount of cost for medical services or supplies such as a Doctors visit or prescription drugs.

A gap that occurs when the full cost of your prescription drugs since the beginning of the year exceeds a certain dollar amount. The gap continues until your drug expenses reach a point that triggers low-cost catastrophic drug coverage.

A document that your Medicare Advantage plan or Part D plan must send you when you join or renew your enrollment explaining the plans cost, benefit, including your rights and responsibilities

A copy of a brand-name prescription drug that has the same clinical effects of that but usually cost much less.

Your right to buy a Medigap at certain times, during which insurance companies can’t deny coverage or charge higher premiums based on health status or pre-existing medical conditions. Also, your right to have a Medigap policy renewed every year as long as you pay the premiums.

a 7-month period to sign up for Medicare around the time you turn 65 or become eligible through disability, typically three months prior three months after your birthday month.

a health insurance safety net program for people whose incomes Are below a certain level, according to the rules of the state. People who receive both Medicare and Medicaid are known as dual eligibles.

Out of pocket limit

A dollar amount representing the most you can spend out-of-pocket on deductibles and co-payments during the calendar year.

Medicare coverage for stays in a hospital or a skilled nursing facility, home health services, and hospice care.

Another name for the program that offers Medicare Advantage plans as an alternative to the traditional Medicare program. (combines parts A, B, and D)

Medicare coverage for the outpatient prescription drugs, available through standalone part D drug plans or Medicare Advantage plans that include drug coverage in their benefits packages.

Medical tests and screenings used to detect indications of diseases that may be delayed or cured if treated early enough. Many of these tests are no copayment or deductible in Medicare.

A doctor such as an intern or a family practitioner who takes care of your immediate medical needs.  Medicare HMOs, you’re required to get a referral from a PCP to see a specialist.

usually, a nursing home where you may go for continuing care typically physical therapy or to finish a course of intravenous drugs after being discharged from the hospital.

Times when you’re allowed to enroll in part B or part D outside Of the annual enrollment periods in specific circumstances.

These are types of Medicare advantage plan specifically for people who live in institutions, receive both Medicare and Medicaid or have at least one chronic or disabling condition.

Insurance practice the most part D plans use to charge different copayments for different types of prescription drugs. co-pays for drugs placed in lower tiers usually generic are the lowest. While those in higher tears specifically brand-name, are much higher. 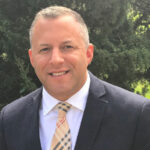